What are the Causes of Hair Loss in Childhood?

Home > What are the Causes of Hair Loss in Childhood?

What are the Causes of Hair Loss in Childhood? 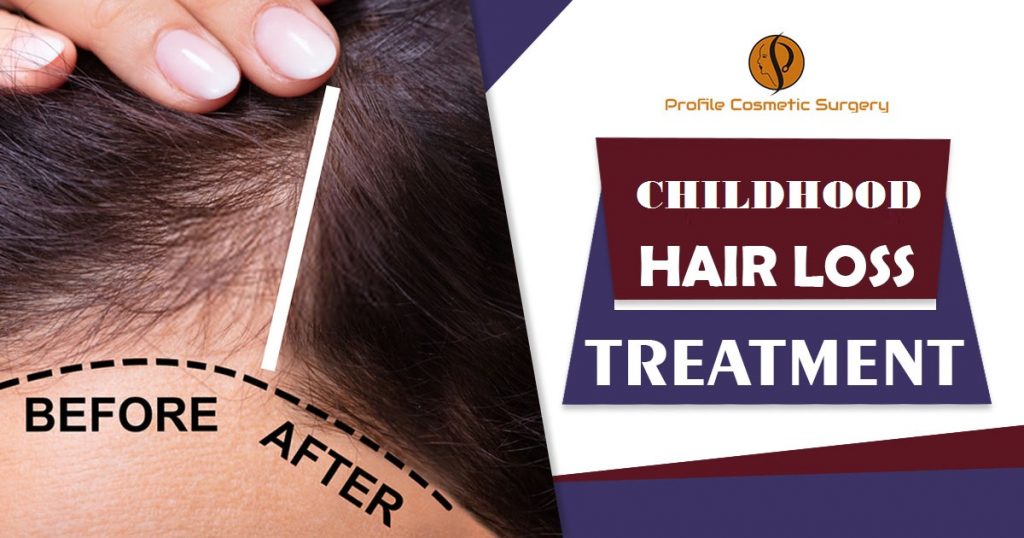 As is the case with adult hair, children’s hair also follows a natural life cycle. Their hair strand shows active growth in the ages two to six years, followed by a resting phase called Telogen. This phase continues for three months, after which the hair falls out and a new strand grows to replace it. If the loss continues, then the transplant might be the only solution left. Hair Transplant in Punjab is available in various cities like Ludhiana, Amritsar, and Chandigarh.

Just like adults, if the child loses some hair daily, then it is quite normal. However, if your child is experiencing a lot of hair loss, it could be an indication of an underlying health condition.

If your child’s hair falls out in oval or round patches, then it may indicate a condition known as alopecia areata. This condition manifests in the form of a sudden loss of hair resulting in bald patches on the scalp. Though a rare condition, it is caused by the immune system striking the hair follicles of the patient. The condition is incurable; the only help possible is by dermatologists who can recommend medications for promoting hair growth.

Tinea Capitis is a fungal infection, which is caused by ringworm. The ringworm attacks the hair and causes scalp lesions. It is a highly contagious condition and mainly affects the school-going children. In case you think that your child has Tinea capitis, confirm your suspicion by visiting a GP. The GP will examine the child’s scalp using ultraviolet light rays. If the hair loss is due to Tinea capitis, he will prescribe antifungal medication along with a medicated shampoo. The medicine and the shampoo will be required to be used for eight weeks.

This condition causes an interruption in the child’s hair growth cycle. Usually, only 10% – 15% of a child’s hair is in the resting phase of the hair growth cycle. This phase is also known as the Telogen phase. If the child is affected by telogen effluvium, it causes a large percentage of hair (if not all) to be in this phase at one time. As a result, there are periods of baldness, which could be in varying degrees. This condition is known to occur due to a wide variety of different reasons. It could be caused by excessive Vitamin A, physical stress due to extreme fever or side effects due to medication. An injury could also cause the condition. The problem might disappear naturally within six months to one year’s time period.

In some cases, children cause physical stress to their hair which leads to hair loss in them. This is called hair shaft trauma in the medical language. It can also occur constantly due to pulling of hair, chemical burns or excessive friction.

Childhood hair loss can traumatic for the child as well as parents. Finding out the cause of the problem is the key is to the treatment. Visit a medical professional as soon as possible for proper treatment.