All About CoolSculpting or Cryolipolysis

Home > All About CoolSculpting or Cryolipolysis

All About CoolSculpting or Cryolipolysis 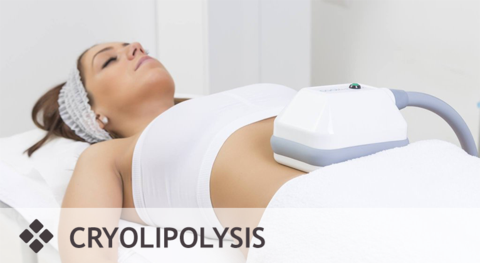 The process of putting up the vacuum device over the fat bulges while exposing it (fat) to cold (more than the freezing but less than the body temperature) intended for an hour is known as Coolsculpting or Cryolipolysis. The cold selectively obliterate the fat cells. The cold could cause the constriction of the blood vessels hence reducing the blood flow; however the vacuum pulls up the blood flow then accompany the cells towards fat layers helping in destroying the fat.

The side effects of the treatment comprise of the redness, the numbness as well as the bruising which last up for few hours. An additional effect is the costing per area which is being treated. At times these side effects could last for a long duration i.e. the longest is for a month.

The patient resumes all the activities on the same day. The fat bulge does not take place at once i.e. it confers multiple treatments in addition with time i.e. two or four months after the treatment. 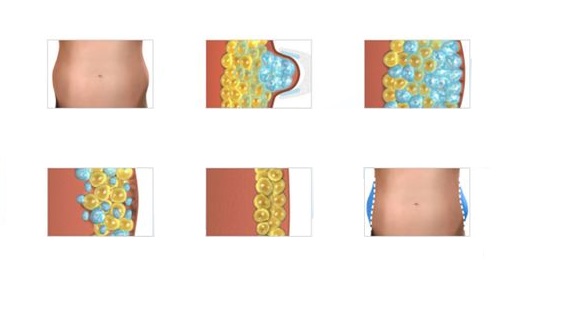 Obesity treatment…is Cryolipolysis is the treatment? Is it helpful in order to weight loss? Does the process prevent health effects i.e. the obesity or the overweight? Does this incorporate as an alternative for the improvement of your diet as well as the physical activity? The answer maybe no. it is a cosmetic process which does not deal with the whole fat in your body which affect the health. The process is for reduction of fat bulges that is less as well as close to skin. The fact is that liposuction cannot be replaced by coolsculpting i.e. coolsculpting cannot remove fat which is deep under skin.

The effectiveness and reliability of the Cryolipolysis process

The reduction period of fat is unclear till now. This process does not last long enough in order to calculate the stage.

As no effect has been updated which last longer enough which could be serious in accordance that the process is executed perfectly (i.e. vacuum device must not come in contact to your mouth or sips in to the mouth). More studies needs to be done in order to determine long term effect i.e. serious effects.

Can Cryolipolysis make up Liposuction 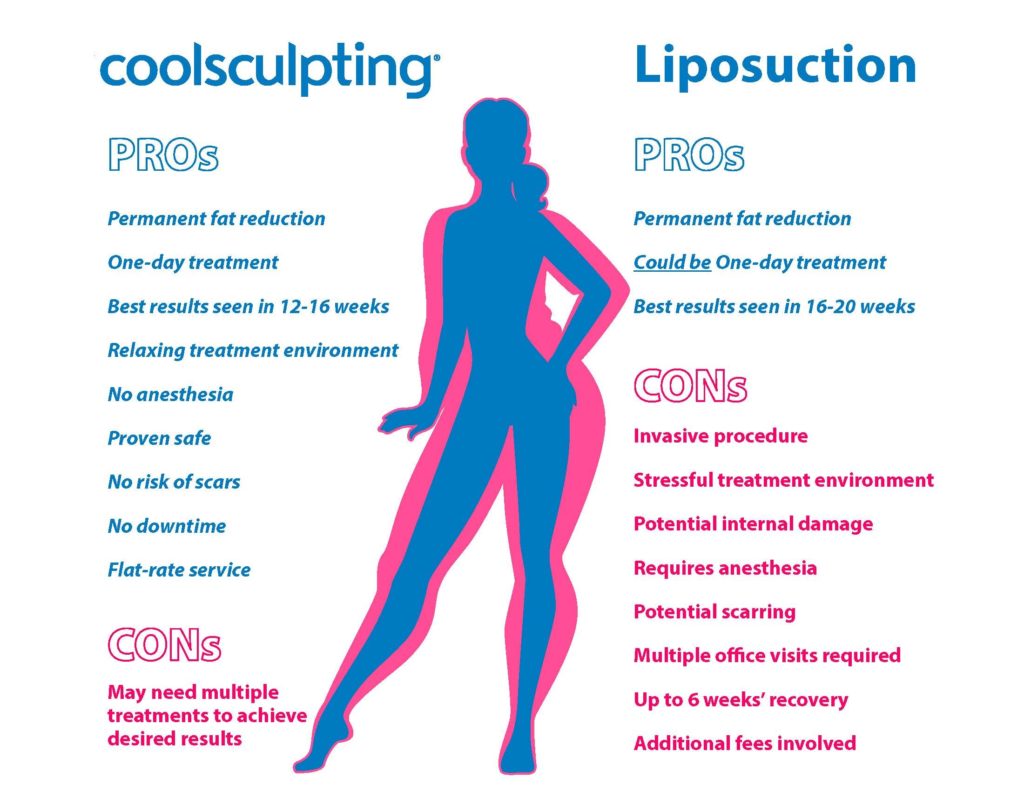 Liposuction does not refer to a gentle process. Tumescent liposuction, which is a common type, engrosses the injecting of fluid which grips up salt water, to reduce the pain lidocaine and epinephrine in order to constrict blood vessels. Inserting the suction tube is followed by the surgeon in order to suck out the fat via the tube.

Cryolipolysis is the process of execution of the fat through vacuum tube by exposing it to cold, where the vacuum tube escorts the cells to the fat hence destroying the fat.

The theory of the way to cryolipolysis

The theory of cryolipolysis is the fat cells which are sensitive to the cold temperature in accordance with the other adjacent body cells. The theory digs out from the observation of the medical fact that is popsicle pannicultis which process up the swelling as well as the redness of the cheeks of infants as well as the young children after 6-72 hours past sucking the popsicle or the ice cube.

Coolsculpting targets off eliminating the fat cells. The treatments modalities as the lasers, the radio frequency as well as the focused ultrasound influence the fat cells in addition may affect the adjacent tissues which are contradictory to Coolsculpting procedure i.e. Cryolipolysis.