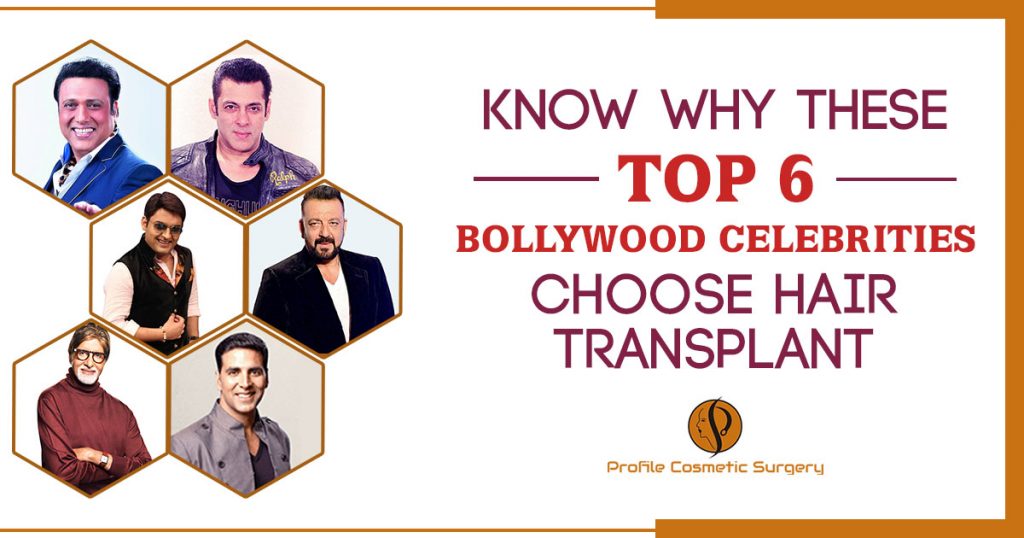 It’s natural to go gaga over the heroes which rule the Indian cinema. Some of them have lasted beyond decades and are still running strong. Some have been around for a few years and have made their mark in the later years. Whatever be the span of their careers, they are loved and adored all the same. Film stars have to do a lot to keep looking ravishing and young, even in their 50’s. Yes, a fitness routine, a restricted diet, and a healthy lifestyle are what they follow to keep that youthful glow on their faces.

However, age sometimes wreaks havoc on our hair and the celebrities too have harrowing time dealing with it as they have to look smashing all the time. This is where the technique of Hair Transplant comes in. If you reside in Punjab, then Hair Transplant in Punjab is what you need if you are worried about your hair loss.

He was loved as the lead actor in-hero no.1. He supposedly underwent hair transplant using DHI in the year 2012. It is believed that the doctor who operated was from some foreign country.

The heartthrob and the eligible bachelor of the Hindi film industry was reported to have undergone multiple sessions of FUE hair transplant some years ago.

He is India’s biggest comedy star in today’s time. However, when he started his show, he was battling with grave hair loss. After becoming a popular name, he underwent a hair restoration procedure soon.

Sanjay Dutt is also among the celebrities who could not arrest his rapidly increasing hair fall. He is reported to have undergone multiple hair transplant procedures after he concluded the shooting of ‘Agneepath’.

It is a lesser-known fact that the superstar of the film industry, Amitabh Bachchan also faced the problem of hair loss some years ago. Not to be let down by the circumstances, the star of the millennium refused to bow down to the problem of hair loss and regained his youthful looks by undergoing Hair Transplant. The star is still going strong with his film career and quiz show ‘Kaun Banega Crorepati’. It is a well-known fact that 90 % of people watch the show due to Amitabh’s presence.

Akshay Kumar has emerged as a fitness role model for all the people in India and abroad. However, he too had his share of problems related to aging. He started experiencing hair loss when he was in his early 40s. The decision of undergoing a Hair Transplant gave his hair a splendid look and his popularity has been on the upswing since then.

So, we can say that even celebrities battle with the problems of aging and hair loss. Truly, they have shown the way for others about how to deal with it and continue to look as glamorous as before.